Sanctions – What are they? 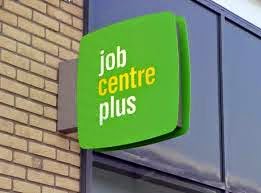 In October 2012 the government made the rules stricter for people out of work and claiming benefits. Since the new rules came into effect more people than ever before have been sanctioned.

A sanction lasts for a minimum of four weeks. That means at least a month with no money whatsoever. If you are sanctioned twice in the same year it will be for a minimum of thirteen weeks – so three months with no money at all.
At the other end of the spectrum the longest amount of time a person can lose their money for is three years.


This useful chart gives an overview of the sanctions regime http://goo.gl/e97OAe


Why does this happen?


When someone starts claiming Job seekers allowance they sign an agreement. This document is either called a Job Seekers Agreement or a Claimant Commitment (the new ‘Claimant Commitment’ is being rolled out across the country now). If the Jobcentre decides you have broken one of the rules or not stuck to everything you signed up for they are likely to sanction you.

Here are some things a person can be sanctioned for:

Failing to apply for or accept a job that is offered

Failing to attend a compulsory training or employment scheme

Not applying for the required number of jobs

Not following a direction from a Jobcentre Plus adviser

Failing to attend, or arriving late for an appointment at the Jobcentre

Email ThisBlogThis!Share to TwitterShare to FacebookShare to Pinterest
Labels: Unemployment