How unemployment sanctions are driving down the claimant count 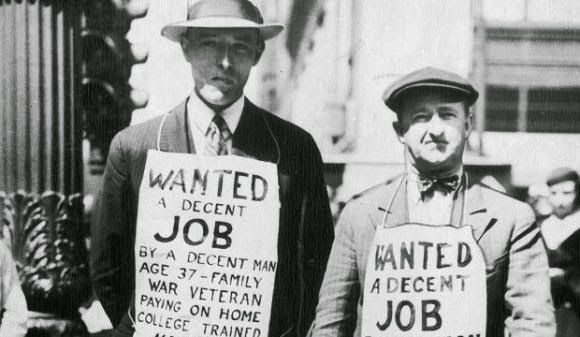 Hundreds of thousands of sanction decisions last year resulted in unemployed people being knocked off the claimant count.

There were 319,401 decisions to stop a person’s Job seekers allowance (JSA) benefit for “not actively seeking employment” in 2013. The latest figures from the Department for Work and Pensions (DWP) shows there have been 125,094 of this type of sanction applied so far this year (January to June).

The DWP says the claimant count “includes all cases of claimants who are serving sanctions, provided the claimant continues to keep their claim live during the sanction period.”

However, this is not true for anyone sanctioned for “not actively seeking employment” as their claims are ended by the DWP.

Dr David Webster, Senior Research Fellow at the University of Glasgow said: “The most common reason for JSA sanctions is ‘not actively seeking work’, which does not mean what it says but that the claimant has not done exactly what they were told by their Jobcentre adviser, often for reasons beyond their control.”

To be considered “actively seeking employment” people must prove they are doing everything in the new claimant commitment.

Claimants have been told to apply for any jobs, including jobs they are not qualified for and would have no chance of getting in order to meet their claimant commitment.

Evidence submitted to the recent Oakley review into sanctions included many examples of people being unfairly sanctioned for this reason.

Examples include a single mother whose benefits (including her housing benefit) were stopped after it was decided she was "not actively seeking work." She was under a training programme with a major retailer at the time.

An unemployed man in Scotland was sanctioned for "not actively seeking work" while he was at the bedside of his three month old son who was seriously ill in hospital following kidney failure.

Dr Webster said: "The impact of the massive increase in this type of sanction under the Coalition has been multiplied by the huge increase in the length of penalty. Up to October 2012 the penalty was disentitlement, which lasted only until the claimant recomplied, which could be within a few days. Now there is always a 4-week loss of benefit for a first offence, and 13 weeks for a second."

Email ThisBlogThis!Share to TwitterShare to FacebookShare to Pinterest
Labels: Unemployment